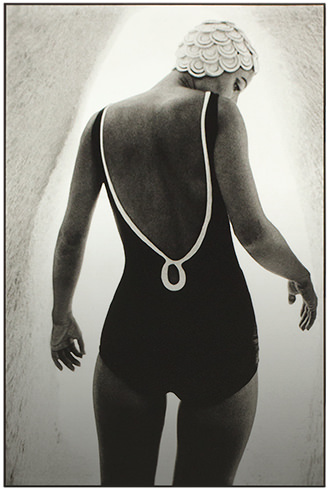 In collaboration with Atlas Gallery, we have the pleasure to exhibit a limited edition of platinum prints published by 31 Studio and VRC at Photo London, Somerset House.

Mrs. V. Rossi-Caffell’s Choice presents 21 platinum prints of images by Frank Horvat dating from 1950 to 1965. These early years of a career spanning over 7 decades reveal already the essence of Horvat’s oeuvre and the complexity of his personality in his distinctive approach to a vast range of contexts and subjects, switching from fashion photography to photojournalism, enriching each genre in a continuous cross-pollination with elements that don’t usually belong to it.

This box set is very much the fruit of the encounter between Frank Horvat, sculptor Viviana Rossi-Caffell (Frank’s cherished assistant and archivist until 2012) and Max Caffell, director of UK based platinum printroom 31 Studio, soon to become her husband.
Created at the time of Viviana’s departure from Frank’s studio in Paris, the tongue-in-cheek title refers both to her personal selection of images and to her choice of becoming a Mrs. and beginning a new chapter of her own.